Running the Telematics Service for Your Connected Fleet? Here’s what you need to know

In today’s economy, a company’s competitive advantage often lies heavily in its transport infrastructure. The trucking and logistics fleets become increasingly connected in an effort to increase productivity and profitability, and it’s clear why –

However, the more connectivity, the bigger the exposure, and the very same car-generated data used to monitor and report the vehicle’s tire pressure, can so easily be exploited to hack into its telematics backend servers. Connected car fleets can be hacked into via numerous entry points due to their inherent vulnerabilities: from using Bluetooth and a key fob, through using Wi-Fi and cellular systems, radio systems, tire pressure monitoring systems, to playing a corrupt CD in the car!

Any of these breaches carry substantial risks of data being stolen to attack either the company itself or its drivers, customers, and users. And with cybercriminals continually scanning big and small companies for vulnerabilities, they will attack any target that comes their way, leaving no connected fleet out of harm’s way.

Securing the connected fleet and its backend servers

When you have your own IT infrastructure and capacity to store and runyour fleet’s telematics data, why turn to third-party vendors? However, securing telematics data is a whole different story, which comes with complex requirements. The telematics servers are getting a continuous flow of data from the connected vehicle itself as well as from the apps and software operating it, and are constantly sending commands back through that communication flow. Add to that the fact that logistics and other commercial fleets often have more complex operating parameters, each with its distinct set of potential vulnerabilities and various entry points widening the attack surface. And so, the only way to enforce rigorous protection over the telematics data is to monitor the entire chain of communication between the connected vehicle, the mobile apps, and the telematics servers.

In order to have real-time visibility into any suspicious activity across the entire ecosystem of the connected car, you need advanced artificial intelligence and machine learning algorithms to monitor and analyze the behavioral patterns of the data flow. This wholesome perspective enables both actionable preventive measures to be taken in real-time, as well as predictive maintenance insights to avoid recurring incidents.

For more information on securing your connected fleet > 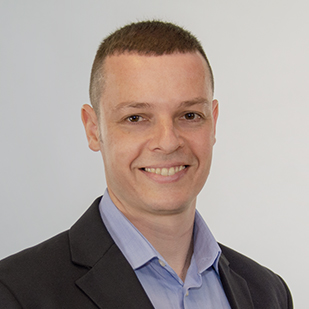