– Hi Tara, and welcome to Upstream’s Tech Talk series. I’m Fay from Upstream Security and we offer the first cloud-based automotive cybersecurity solution that’s purpose built to protect connected vehicles and smart mobility services from cyber threats and misuse through the use of data. I’ll be the host of this Upstream Tech Talk. And I’m gonna hand it over to you to give the quick intro about yourself.

– Thank you very much Fay, really appreciate this opportunity. I’m Tara Prakriya, I’m the General Manager for Azure Mobility here at Microsoft. And we are responsible for a number of solutions that help both mobility, transportation and automotive customers get a lot more value from their cloud investments. Our flagship product is the Microsoft connected vehicle platform.

– So with that rise of those connected vehicles that obviously using your platform, many of them, a lot of them MSSPs and OEMs and so mobility services they’re shifting and using that type of cloud-based service and solution. And for some, that’s a really big shift from the traditional way that they’ve worked in the past. A lot of that is because of the ability for the cloud to enable automotive specific context to that connected vehicle data. Can you elaborate a little bit on what that added context looks like? What does that mean?

– Thanks Fay. I mean, one of the main reasons we are very excited to have Upstream as a partner for our connected vehicle platform, is because Upstream is in a particularly great place to be able to take advantage of the context that cloud brings to the table. When we say context in this… I guess in this context, what we mean is the opportunity to not just look at a single system or a single service that is being deployed to the car or a single service that is based on data coming from the cloud, but actually to look at the system of systems very holistically, in order to detect anomalies and patterns that really only become clear when you connect things like, where was the vehicle supposed to go versus where did it actually go, versus how long did it take to get there, versus how long was it predicted to get there, or what were the assets on board? And who were the passengers or who were the drivers? At the same time. So that ability to now correlate, not just look at one system kind of in isolation to see if there are anomalies in behavior there, but to be able to correlate across systems and really look at this as a systems of systems for one, that’s one of the things that cloud really brings to the table and for another partners like Upstream really make it possible to get through all of that context, to get to the heart of the matter.

– So you made it seem pretty clear and almost relatively simple, but there are a lot of complexities involved in contextualizing that data. And I know as you had mentioned, we play a role with that, but can you touch a little more on, what are those complexities? What are the complications when it comes to that context?

– I mean, all great user experience and all great value should appear simple. And I think that’s a maxim that all of us strive for. And to do that, you do have to get into the weeds and get into the details of, well, why isn’t it simple today? And one of the reasons it’s not simple, is because correlating all of that data is very difficult and very challenging, especially if you’re looking at data that was collected after the fact, without that correlation in mind in the first place. So a lot of what we have to do and in partnership we are able to do together, is to make sure that from the very beginning, from the very start of how our common customers are thinking about not just the value from connected vehicle solutions, but also the security of connected vehicle solutions, it’s important to have even simple concepts like the same vehicle ID in every single stream. So that, that correlation is possible after the fact. Trying to do those joins later when you haven’t actually considered that, well, I mean, that’s very difficult if not impossible. In fact, there’s a term in our industry called a fuzzy join and it’s called fuzzy because it isn’t exact. So if you wanna be able to get a vehicle 360 view, a customer 360 view, an enterprise 360 view, it’s important to lay the foundations from the very beginning with those goals in mind, and then make sure that all of your data analytics, your AI, your processing, feeds off of those very important foundations.

– So, when it does come to the complexity of utilizing well, would you say legacy data or data that has already been coming from those vehicles, there obviously are benefits that outweigh those detriments. I’m wondering why everyone is not yet shifting to the cloud. Like what do you see as some of the bigger limitations with the current approach to the automotive industry to that shift?

– That’s a great question Fay. I think there are some technical barriers or considerations or friction points that are important to think through. There are I’d say, just a structural issues as well. From a technical point of view, any shift in the automotive industry, especially when it comes to new cars. Old cars the best way to think about getting new pieces of information, new pieces of data, new insights, you have to really think about possibly even adding new hardware aftermarket to those vehicles. And certainly for many mobility fleets, that is kind of how things are done. You know, the ODB2 dongle is kind of the state of the art if you will on how to get insights from already existing vehicles, but there are some clear technical limitations that come from that approach. Now if you’re gonna look at new cars where you have a little bit more of a greenfield opportunity to really think about these things from that foundational level all the way up. Think about data, not just for new value, but also from the perspective of security, to think about it from the perspective of fleet owner. Well, you’re looking at a three to five year cycle. By the time you have those ideas, you lay them down in a way that actually is gonna ship in a new vehicle. And when you really think about the way this industry works from needing to get certifications and regulation point of view, it can be the three to five year journey by the time you actually see that change. That’s a long time. There aren’t too many ways to really shorten that either with the current technology. And I say there’s also a structural issue that’s kind of important. Most large car companies are organized in such a way that there is a senior vice president equivalent that is responsible for the car, right? This is the brand, the key asset, the thing that the company obviously is based on and that has a little bit more of an engineering, electrical engineering, mechanical engineering point of view. And in many car companies, and there is a different organization that’s thinking about digital services and connection to the cloud. And these organizations, especially if they’re not the same one, find it even more challenging to synchronize on what the plans are going to be and how to incrementally get to the right designs and make sure that the new cars really have these foundational layers in place. The car companies that are making the most progress are those who have really embraced the notion that cloud and software it’s not just the future, it’s in the here and now and have organized for that reality. Some of our partners that we’ve really had the great pleasure of working with, who’ve made these very bold decisions include, Renault-Nissan-Mitsubishi Alliance. They include the Volkswagen Group. They include even tier one partners like Bosch who have been fairly public about their large reorganizations within their company to really take in mind from a first principle software cloud and this context that’s required for really understanding what’s going on with these fleets and vehicles. So that security threats can be not only detected, but neutralized, prevented and anticipated, which is obviously where we really need to get to.

– And you touched on this. And you’d mentioned that cloud really is the way of the future and you and your team, as well as Upstream obviously were a cloud based cyber security platform recognize that a while ago. So what do you advise our viewers when it comes to anticipating where the connected vehicle space will go in the future? You seem to be a teller of the future here, so…

– You know it’s easy to be a teller of the future if you’ve investigated and kind of analyzed a whole bunch of the past. And this is a digital transformation that, you know, it will have some resemblance to previous hardware and software revolutions, but with some very specific things to consider for this industry, because it is a regulated industry, because it does have such a huge implication for the people, the families, the children who are in these vehicles, right? It’s not something like a mobile phone where gee, if it doesn’t work, there isn’t a catastrophic possibility at the other end of that. So we should learn from the other industries that have gone through this hardware, software revolution, and yet be that much more cautious and deliberate about how we apply it for this industry, given how important it is kind of overall. But one of the main lessons that I think we’ve learned across industries, is that when you start to shift to software and you start to shift to cloud especially, it’s important to have an organizing layer, a platform that really abstracts what is the hardware, so that the same software that is built on top can be applicable to multiple models, multiple makes, multiple regions, multiple brands, all the way across. We’re gonna really explode the possibilities of learning and turning the crank and continuously improving if we’re able to consolidate in an organizing principle, a platform that can help these software and cloud value pieces really communicate with those hardware pieces. And this is not something that software companies or cloud companies like ourselves can do on our own. We need close partnership with all of the great professionals in mechanical engineering and electrical engineering, and with the vehicles themselves to truly make sure that this organizing layer works in this context and works for the long run.

– Yeah, and as you mentioned, there’s so much at stake within this ecosystem, if that doesn’t happen. So I just wanna thank you so much for joining me today and then shedding light on a lot of these issues or discussions. Any last things you wanna add before we head off?

– Really enjoy and appreciate the partnership faith. This is, you know, I really like to sign off with #teamwork and that’s because, that’s what it’s gonna take. 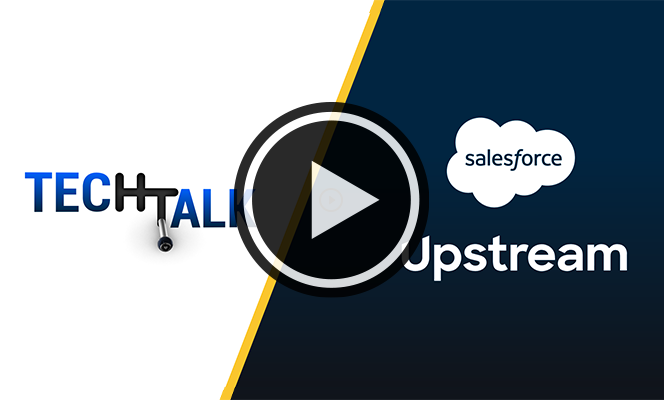 How can automotive connectivity be used as a catalyst for a changed and enhanced customer experience? 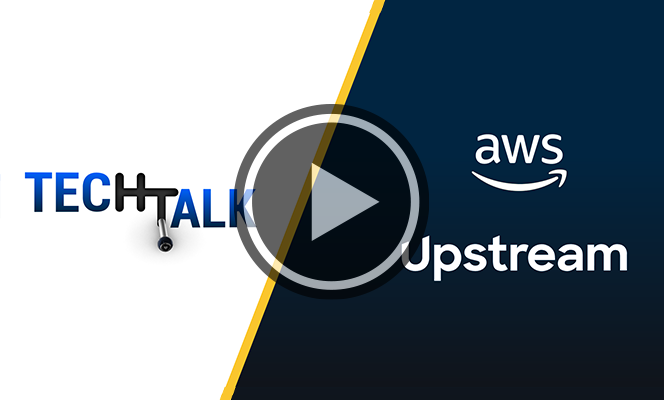 Bill Foy, the AWS Director for the WW Automotive Specialist Organization discusses the connected car ecosystem as a catalyst for data monetization. 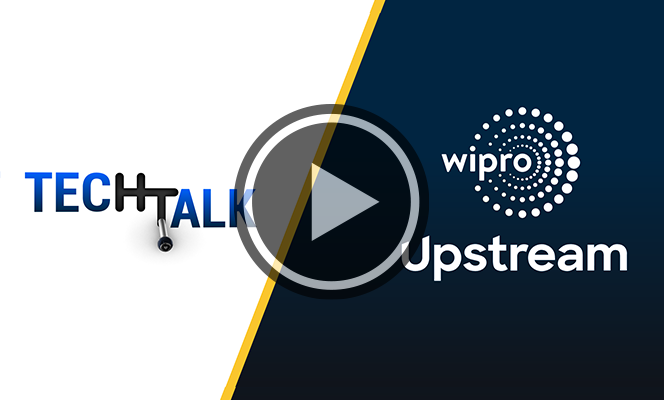 Dharam Sheoran, Head of the Automotive Vertical at Wipro, discusses the evolution of connected car services & the processes needed to secure those services.